2020 has started like 2019 has ended—a relatively small number of new SAP Security Notes has been released in January, only one of them tagged as "High Priority". This time the Onapsis Research Labs could participate again in making SAP systems more secure through reporting a Denial-of-Service vulnerability, now fixed by SAP.

In September 2019, the Onapsis Research Labs detected a DOS vulnerability that affects all components communicating with the SAP system via Internet Communication Manager(ICM) (e.g. all SAP Fiori applications). An attacker can send a specially crafted packet to the IIOP or P4 service in order to cause a buffer overflow and thus crashing the ICM process.

So the impact on the availability of all web-based SAP applications is posed at high risk. The reason for rating this vulnerability “only” with CVSS value 5.9 is caused by the fact that an exploit requires the parameter rdisp/TRACE to be set to a value higher than 1. This value is not part of the default configuration and is normally only set in case of tracing the cause of an issue. That's why we tagged with the vendor Attack Complexity (AC) in CVSS vector as High. Nevertheless, if you have the tracing in the vulnerable configuration value, attack complexity is not high and this would raise the CVSS to 7.5. That's why CVSS score is a good value as a reference but needs to be analyzed by every company and do not be confused with risk value.

On this Security Patch Day SAP has fixed the vulnerability and provides a kernel patch so that all customers can now eliminate it from their systems.

SAP has released one High Priority Note (#2871877) between today and last Security Patch Day that provides multiple corrections in different areas of the SAP EAM add-on. Different kinds of vulnerabilities are covered in various components of the add-on, e.g. Missing Authorization Check vulnerabilities in several Workbenches of MRO (CVSS rated with 8.3), and Directory Traversal vulnerabilities allowing attackers to read, overwrite, delete, or corrupt arbitrary files on the remote server (CVSS rated 7.2). Pay attention: the corrections are provided as an SAP Transport File!

The new year starts very calm and thus giving customers the opportunity to finally check if they have setup the connection to the new SAP Backbone correctly and if transaction SNOTE is now prepared for downloading digitally signed SAP Notes. This months’ SAP Security Notes reflect once more the typical development mistakes and should be a great motivation to cross-check also the custom code. 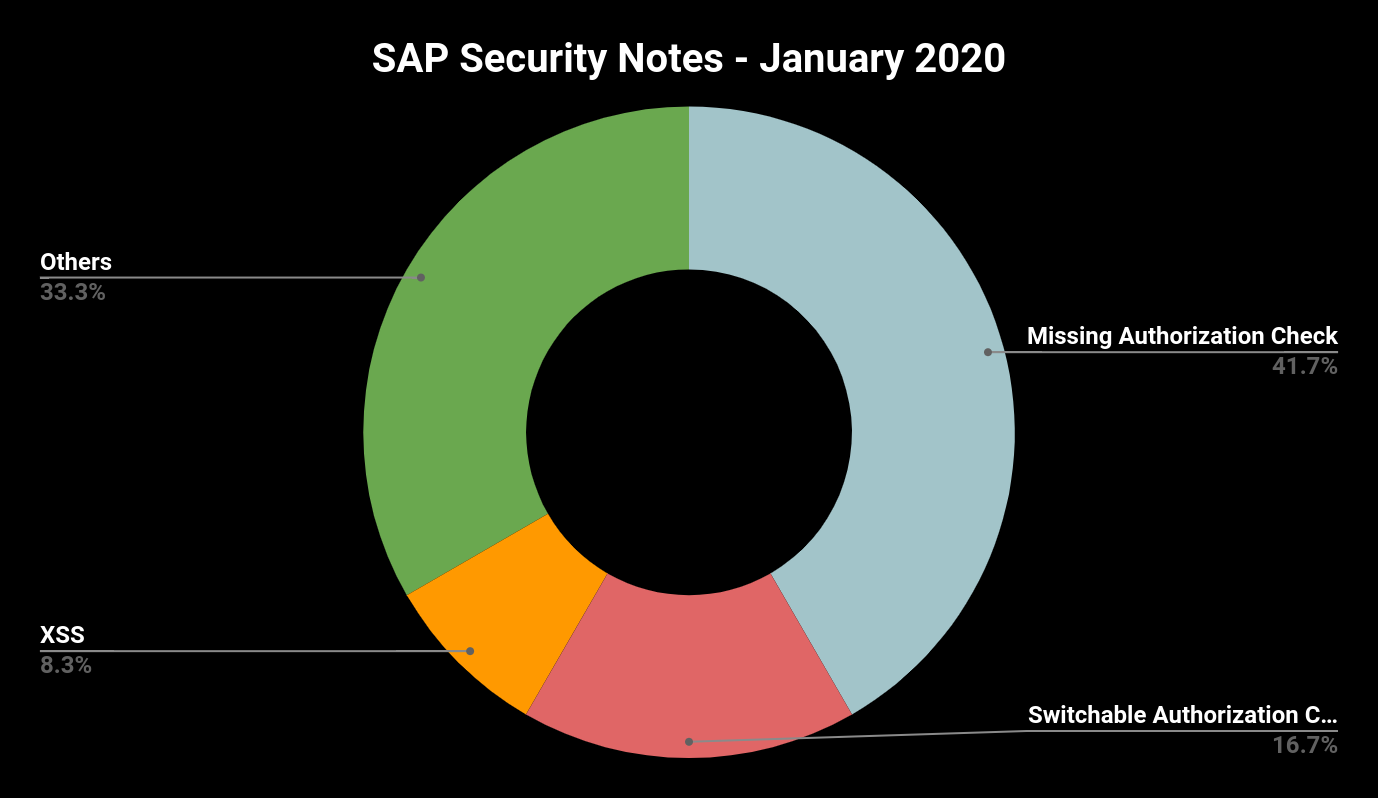 The Onapsis Research Labs is already working to update The Onapsis Platform to incorporate these newly published vulnerabilities into the product so that our customers can check missing notes during their security assessments. We are also working to share with you, as we've been doing for a few years, a summary of what happened with SAP Security Notes during 2019. Meantime, let's start the new year with security as a priority and ensure you update your systems with January patches