In this month’s SAP Security Notes, it’s noticeable that the priority of the majority of security notes are higher compared to previous month. This can be seen in the below graphic: 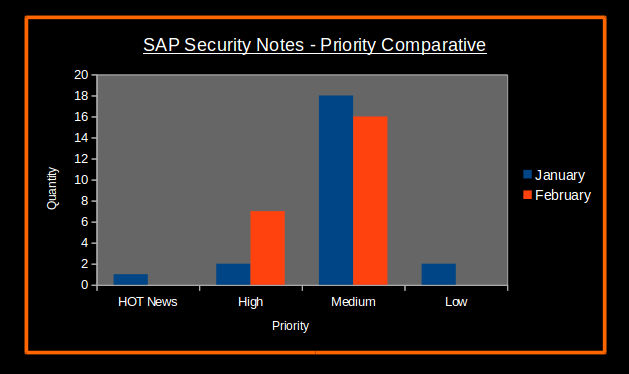 The number of SAP Security Notes each month was the same, but ‘high priority’ security notes were more than doubled this month (1 ‘hot news’ and 2 ‘high priority’ notes in January, versus 7 ‘high priority’ notes in February). There are a total of 23 SAP Security Notes published (15 published today) since the last Security Notes Tuesday in January. Regarding the CVSS scoring, the following Boxplot image shows that this month’s notes are more critical compared to last month’s. Although there is only one note reaching the maximum CVSS scoring of 8.5, the majority of notes had a CVSS score that fell between 6.1 and 8 (while last month the vast majority of notes fell between a 5.4 and 6.5): 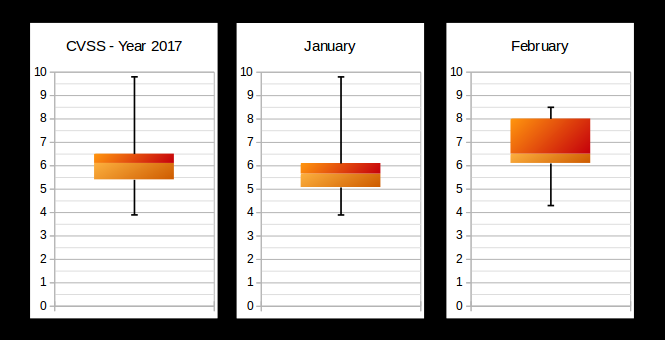 This month had a particularity regarding ‘High Priority’ SAP Security Notes. Almost all of these notes (except for just one) had properly been set with a CVSS version 3 scoring and vector. This is a good starting point when understanding the risk of each note in terms of impact on SAP Products.