Today, SAP released their latest batch of monthly Security Notes. Despite this month not being specifically critical, Denial of Service attacks are a central point of concern. A Denial of Service (DoS) attack intends to make one or more resource unavailable. In the case of SAP, DoS attacks could be a partial and affect only a specific program or database, or they could be complete, taking all SAP infrastructure offline. This month, there are only 16 new Security Notes, and 13 updates to previously published security notes. The CVSS scores we’ve outlined below were defined by our Research Labs based on a few criteria including impact on availability, and how easy it is to exploit the vulnerability. Out of the 16 new Security Notes released this month, four are categorized as DoS attacks. Of those four, two are considered “high risk” scoring a 7.5 CVSS - one of which was reported by the Onapsis Research Labs. 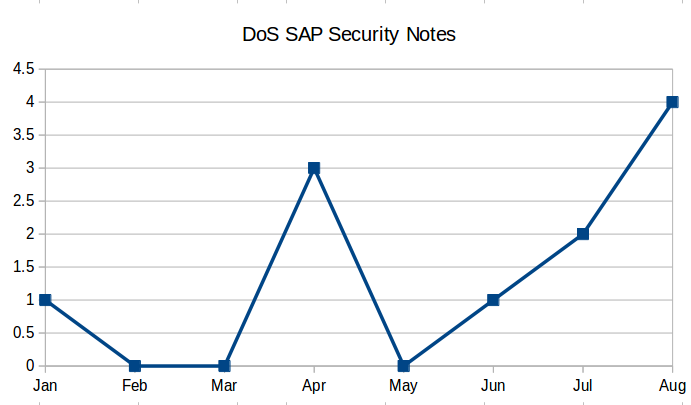 This month’s SAP security notes categorized as Denial of Service are:

The first two vulnerabilities, (including the SAP Security Note 2292714 reported by Onapsis) have the highest CVSS score for this type of attacks in SAP (including all past security notes). We never publish details of the security notes before 90 days after their publication, due to our responsible disclosure policy, but it is important to mention that the main difference between the ones with the highest score and the other ones are that both can be remotely exploited and with low attack complexity.

How bad can a Denial of Service on SAP systems be?

According to a recent study on SAP cybersecurity released by the Ponemon Institute, systems taken offline can represent an average cost for the company of $4.5 millions dollars. Since business continuity is based on SAP systems staying online, sometimes CVSS scores or vulnerability descriptions are not enough to represent how a simple bug can lead to a significant loss for companies.

Top 5 SAP Denial of Service Security Notes of All Time:

As previously explained, 7.5 CVSS v3 score is the highest scoring of the Denial of Service SAP Security Notes to date. Based on the scoring and affected components, here’s a summary of the most important notes of all time with this scoring. Two of these were discovered by our Onapsis Research Labs. August notes were not included for this analysis:

The following box-plot graph illustrates the distribution of CVSS scores across the released Security Notes. As previously mentioned, August notes are not particularly critical compared with last month and the year average:

The box-plot graph is used to show where the most vulnerabilities are concentrated, and identifies the most and least critical value notes. In both cases, this month shows lower CVSS scoring compared to July and the year average. Despite what we already explained in the previous section, Denial Of Service bugs can be more dangerous than the CVSS score depicts. The below graph summarizes the types of vulnerabilities fixed this month: 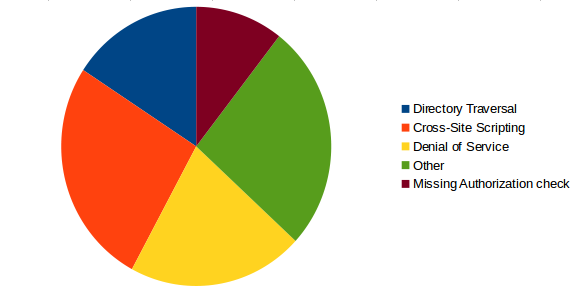 The goal of this analysis is to provide SAP clients with the latest information about newly released SAP security notes and vulnerabilities affecting their SAP systems. We hope that this post will help to prompt a timely update to systems in order to ensure that newly disclosed vulnerabilities are mitigated as quickly as possible. The Onapsis Research Labs are currently in the process of updating the Onapsis Security Platform to incorporate these newly published vulnerabilities. This will allow you to check whether your systems are up to date with these latest SAP Security Notes, and ensures that those systems are configured with the appropriate level of security to meet your audit and compliance requirements. Stay tuned for next month’s SAP Security Notes analysis.