The purpose of this blog post is to explain the different types of properties existing in an SAP NetWeaver for Java system, as well as the different hierarchies along with their release versions. The SAP provided tools to modify Java properties will also be presented with a simple description of access and usage. This post will also provide a set of recommendations for changing each type of property, depending on the SAP NetWeaver version and system state.

This type of property is related to the User Management Engine (UME), which centralizes the administration of the users of the system created in different data sources, for example, LDAP directory or SAP NetWeaver ABAP database, as well as the SAP NetWeaver Java database. The UME is integrated with the rest of the system as a service and therefore can be administered with the same administration tools.

The following image illustrates the UME architecture. Individual Persistence Adapters are used to communicate with each of the different data sources. 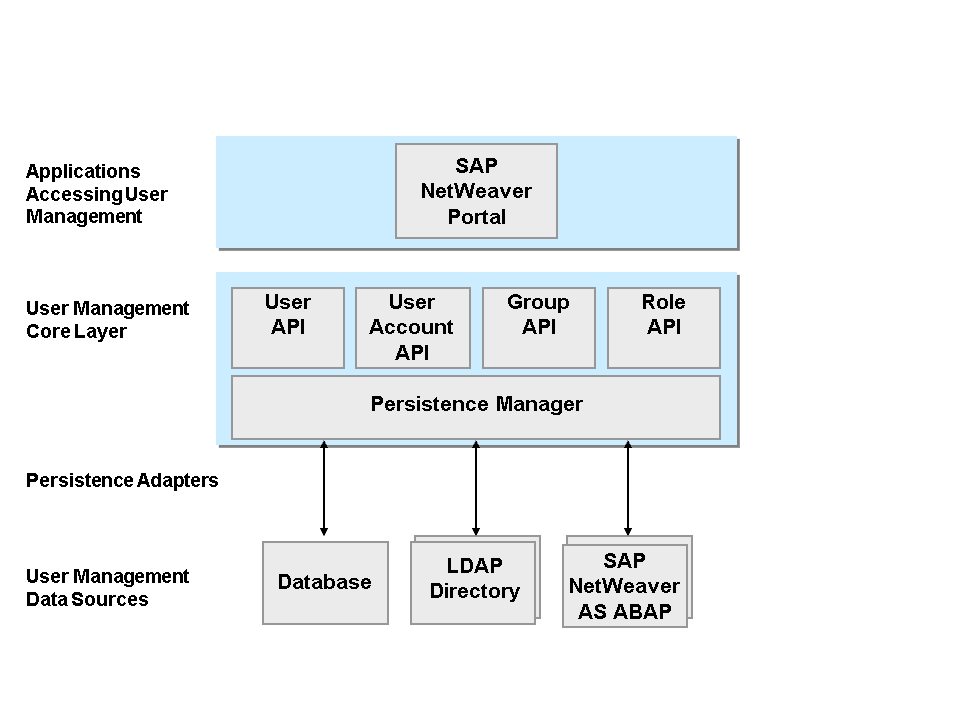 There are several configuration aspects covered by UME properties:

UME properties are part of the service com.sap.security.core.ume.service as well.

Both types of properties can be defined on different hierarchy levels. There are a few differences in SAP architecture, depending on the NetWeaver version.

A new level, Template, is added to the configuration hierarchy between Global and Instance levels.

The active values of lower levels are inherited from the default or custom values set on upper levels. A unique custom value may be set at any level, breaking the inheritance from above, while continuing inheritance of the new value below. 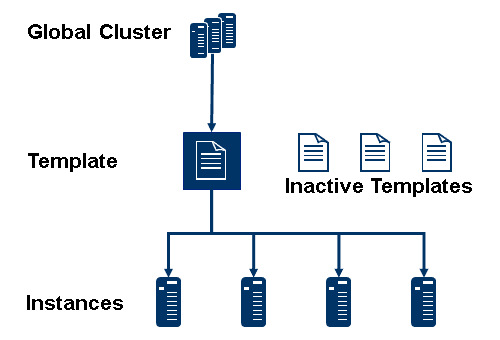 It is possible to have more than one template with different configurations but just one will be active, and will be the one used by all the instances in the system. Also, in this architecture, there is no differentiation between Dispatcher and Server on each level. The Default and the Custom values are still present and work the same as before: the Default value of the property is used unless overridden by a Custom value.

Changing Properties in Different NetWeaver Versions Depending on Their Type

There are several links to SAP documentation and forums which recommend different methods to change properties in a Java system, depending on their type (System or UME property), the SAP NetWeaver version and the status of the system (online or offline). The following section summarizes all that information to provide more transparency into using the right tool under the given conditions.

There are different tools provided by SAP for changing both System and UME properties:

As explained before, the hierarchy of the properties is different depending on the SAP NetWeaver version, also the SAP provided tools have changed their appearance and functionality.

The NetWeaver Administrator is used for both types of architectures to change System properties when the system is online but the path to get to the “System Properties” functionality is different:

It is not possible to change JMV Properties from there, only Kernel and Services properties. For each property the current value is displayed but it is possible to show all the values defined in the hierarchy by pressing button “Display All Values”:

This version of the NWA allows changes at Template and Instance level but not at Global level. Additional properties, as well as “Filters” and “Shared tables” tabs, are shown after clicking the button “Show Advanced Properties”. It is possible to Add, Remove or Modify properties with the respective button. And it is also possible to revert the Custom Value to the Default Value of the property with button “Restore Default”.

There is a special column “Changeable” which indicates that the property can be changed online and will take effect immediately.

Even though the SAP Netweaver Administrator allows to change System properties when the system is online, some of them will take effect only after the system is restarted. 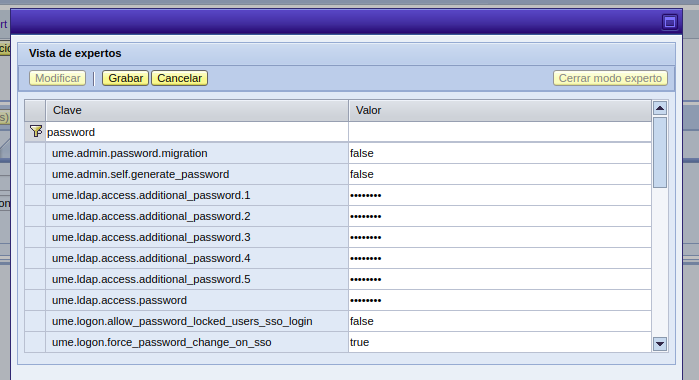 Even though the SAP NetWeaver Administrator and the User Management allow to change UME properties when the system is online, some of them will take effect only after the system is restarted.

Finally, there is a tool that works mainly the same for all SAP NetWeaver versions and that is going to be used when the system is offline: the Configtool. The Configtool is a standalone Java program that is present in every SAP system and it is started from the OS.

Once it is open it will show a tree with the same structure displayed in the NetWeaver Administrator and it will be different depending on the NetWeaver version, of course. The same recommendations about the hierarchy level where to make changes must be followed. Once the system is started, all the changes made in the configtool will take effect.

There are two types of properties: System and UME. There are also differences in the SAP NetWeaver architecture between versions and different tools to change each property according to that. The following chart summarizes which SAP tool to use to change each type of property depending on the NetWeaver version and the state of the system:

Each aspect of the table has been explained along this blogpost.
There are around 40 modules in OP that check for different Java properties and run against all Netweaver versions. OP takes into account the hierarchy of each system architecture and the precedence of the property values in order to get only the current value for each one, despite the method that was used to set it.