SAP systems run an organization's mission-critical processes, and house an organization’s most sensitive data. Because of this, it is critical that these systems receive the proper security they deserve. This security begins with closing the gap of software vulnerabilities by applying security patches released by SAP in a timely manor.

SAP systems differ from traditional web applications and even operating systems due to their complexity which is caused by customized changes introduced in customer implementations, to better suit business needs (a.k.a. customizations). These customizations can sometimes make it difficult to identify whether a patch has been properly applied to ensure that newly disclosed vulnerabilities are mitigated.

In order to provide a predictable and scheduled flow of vulnerability mitigation information and security patches, SAP releases the major part of their latest Security Notes information on the second Tuesday of every month. Due to this regular disclosure of new security issues that could potentially weaken the security of SAP systems within an organization, it’s highly recommended to carry out periodic assessments on at minimum, a monthly basis.

At Onapsis, we are very concerned about the security of our client’s SAP systems. To better assist our customers, we perform a detailed analysis of the monthly SAP Security Notes, as soon as they are published by SAP. The goal of this is to provide SAP clients with detailed information about each release of new security patches which fix vulnerabilities affecting their SAP systems and help guide testing of these systems within the organization. 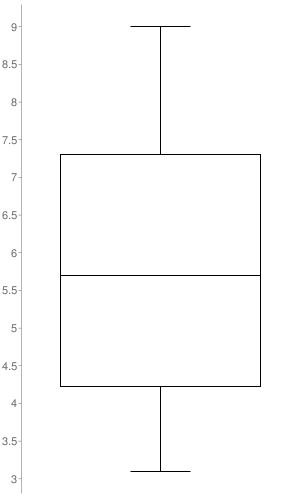 The box-plot graph illustrates the distribution of CVSS v3 scores across the Security Notes released. The only notes taken into account were the ones in which SAP set a CVSS v3 (10 out of the 20 SAP Security Notes). As represented in the graph, the SAP Security Notes range values go from 3.1 to 9.0 with a median of 5.7.

Other corrections with High Priority (no CVSS provided by SAP)

Each month Onapsis updates its flagship product Onapsis Security Platform (OSP) to allow you to check whether your systems are up to date with these latest SAP Security Notes as well as ensuring those systems are configured with the appropriate level of security to meet your audit and compliance requirements.

Stay tuned for next month’s Security Notes analysis from the Onapsis Research Labs.