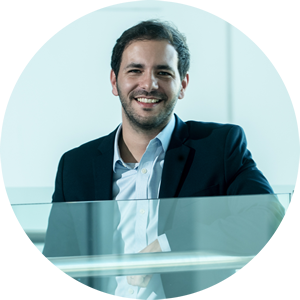 As CEO, Mariano drives the strategic direction of the company. Under his leadership, Onapsis has become one of the fastest-growing technology and cybersecurity companies in the world.

Starting his career as a cybersecurity researcher, Mariano was the first to publicly present on cybersecurity risks affecting SAP platforms and how to mitigate them at major conferences such as RSA, Black Hat and SANS. He was the developer of the first open source ERP penetration testing framework and has discovered critical security vulnerabilities in SAP, Oracle, IBM and Microsoft applications.

Mariano has been interviewed and featured in mainstream media such as CNN, Reuters, Wall Street Journal, Forbes and The New York Times. He has been distinguished by EY as "Entrepreneur of The Year 2018" and by MIT as a "Top 35 Innovator under the age of 35", as well as having been selected as an Endeavor Entrepreneur. He holds a Bachelor of Science degree in Computer Science and has completed executive training programs at Harvard Business School and Stanford University Graduate School of Business.

To combat the rise in cyberattacks on ERP applications, CISOs should invest in application security tools in 2023.
Thumbnail

2022 was a memorable year as we continue our mission of protecting the applications businesses rely on. Here are some of the highlights.
Thumbnail

The news has arrived, and we are excited to announce that Onapsis has made the Inc. 5000 list for the second year in a row. The Inc. 5000 list is one of the most prestigious industry awards, representing a unique look at the most successful companies within the American economy’s most dynamic segment—its independent small businesses.
Thumbnail

Anonymous Claims Regarding The Security of The Onapsis Platform

On June 28, a number of our customers contacted us sharing unsolicited emails they received claiming to have knowledge about the existence of “research” describing “zero-day vulnerabilities” (dubbed Sleepy Leopard) in the on-premise software version of the Onapsis Platform. All the claims presented in the anonymous “research” are untrue.
Thumbnail

As cyber threats continue to rise around the world, with an estimated $6 trillion in damages in 2021, we are faced with a significant challenge: the massive cybersecurity talent shortage. As part of our OnaCares mission, Onapsis is proud to stand alongside some of our industry partners and peers to raise $1 million to help fund one year of community college courses for Bay Area students pursuing careers in cybersecurity.
Thumbnail

Despite their importance, many organizations lack the proper preventative, detective, and corrective controls to secure a company’s SAP applications, and have a reigning false sense of security provided by generic security products. That’s why Onapsis and SAP have been partnering together to empower executives to mitigate what we believe is one of the most critical types of cyber risk facing organizations.
Thumbnail

Onapsis CEO Mariano Nunez weighs in on Binding Operational Directive 22-01 which recommends urgent and prioritized remediation of known exploited vulnerabilities in software and applications and establishes requirements for federal civilian agencies to remediate these vulnerabilities.
Thumbnail

Safe Travels: A Business-Critical Mission for the Transportation Security Administration

We’re excited to share that Onapsis Assess has won “Vulnerability Management Solution of the Year”. The CyberSecurity Breakthrough Awards program recognizes the top companies, products, technical innovation and people in the cybersecurity industry today. With over 4,000 global nominations this year, the competition was extremely fierce.